On niggling voices in the back of your mind

Going into the bookstore I used to work at is always dangerous. I went in on Wednesday and emerged with five books without blinking an eyelid. Two of them are on the list of 1001 Children’s Books I Must Read Before I Grow Up, which gives me a bit more of a reason for buying them, but the other three were bought just for the pure pleasure of reading. (The Apprentices by Maile Maloy is the sequel to The Apothecary, one of my favourite books from last year, and The Extinction Gambit is by Michael Pyror, one of my favourite Australian authors. Does that justify my purchases?) 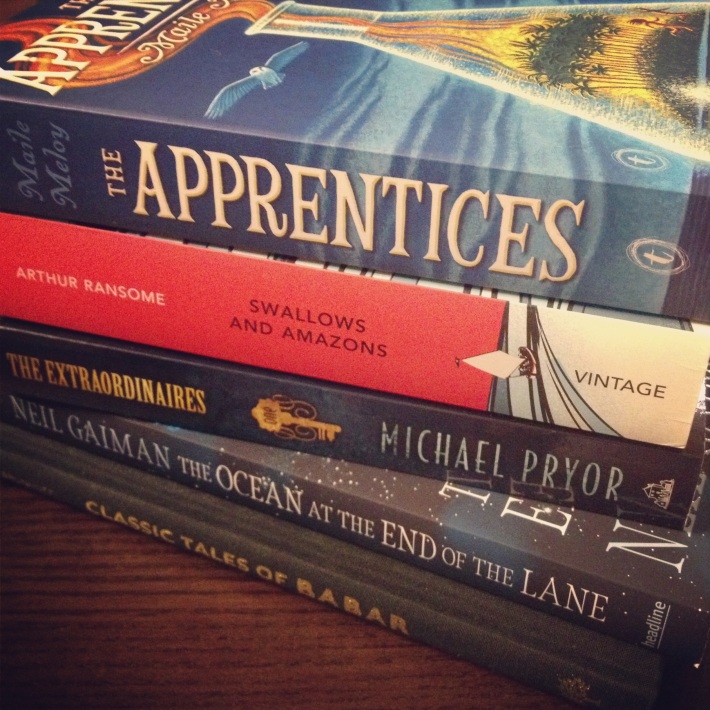 But, as you can see from my picture, one of the books I bought was Classic Tales of Barbar by Jean de Brunhoff. It’s a lovely clothbound edition of The Story of Barbar the Little Elephant & Barbar the King . I had never read a Barbar story before, but vaguely remember the television series from my childhood. However, my fuzzy memories seem to have Barbar, Celeste and friends already living in a Versailles-style palace. The original Barbar story starts with Barbar in the jungle, his mother getting shot, him running away to town and meeting the ‘Old Lady’ (she has no name, but is referred to as ‘Old Lady’). He becomes civilised, wearing green suits, having maths lessons and going out for afternoon tea.. He eventually goes back to the jungle, where the King of the Elephants has just died and Barbar, because he is driving a car and wearing a green suit, is crowned King. 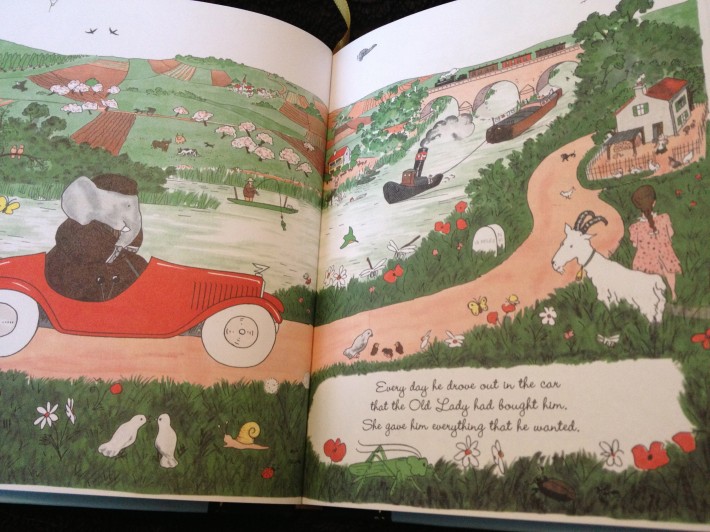 The second story tells of how Barbar and the elephants build an elephant town (which sounds quite utopic, complete with a Library, a Theatre and having painting and sculpting recognised as legitimate careers) and everyone being very happy in Celesteville. It seems to me that the end of this story is the point that most children would recognise Barbar and his word.

I loved reading these two stories, loved that the story was told in loopy old-fashioned writing, and the bold yet detailed illustrations. It was so enjoyable to read, it really was. But a little voice in the back of my mind was nagging me, telling me, ‘isn’t it a little bit wrong that the elephants are changing their environment, getting rid of their jungle and building houses? Shouldn’t animals be allowed to be animals?’ 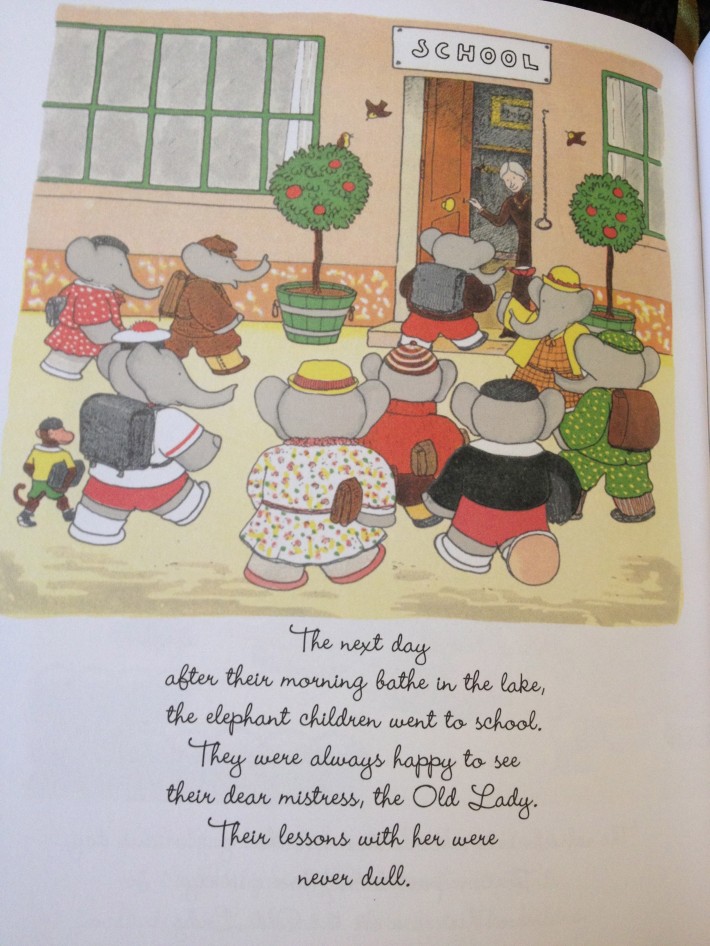 This has never bothered me before. Richard Scarry’s animals, for example, can live in perfect harmony in their adorable town without be batting an eyelid. Ratty and Mole can even live in humanized hole by the river without causing me any trouble. But I think it is the idea of animals being perfectly normal animals, and then deciding to build a town, wear clothes, and go to the theatre… I just feel like there is something a little bit wrong there. It’s ridiculous, I know, but it’s the fact that they have discarded their innate animalness during the course of the book that makes be bat a (small) eyelid and gives me a tiny bit of worry. Maybe it’s because it feels a bit like colonialism, or something? What do you think? 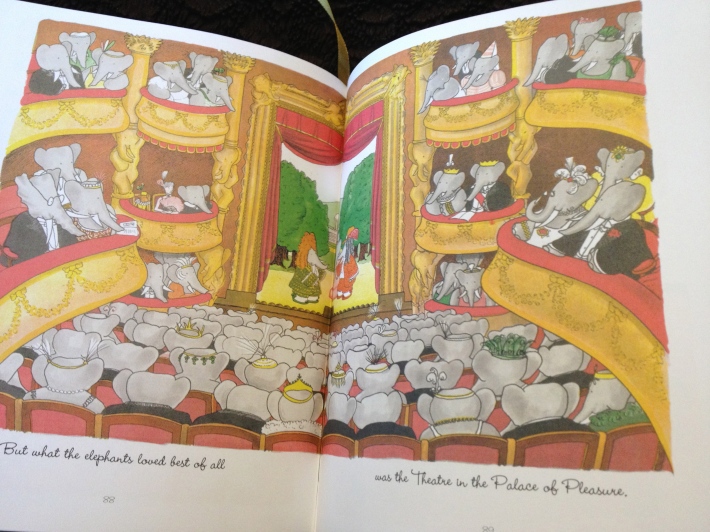