On barley-sugar fingers and the stars Christmas shopping 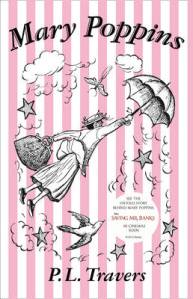 When I was in Melbourne a couple of weeks ago, I bought a lovely, old fashioned edition of Mary Poppins by P.L. Travers. It is pink and white striped, and has a black and white drawing of Mary Poppins being pulled along by her umbrella by the wind. Having known and loved the movie since I can remember, and recently seeing Saving Mr Banks, I was curious to see what the book was really like. Was Julie Andrews really that different than the Mary Poppins that P.L. Travers had originally created?

The book was enchanting. Jane and Michael get up to some of the same extraordinary adventures as in the movie, such as having afternoon tea on the ceiling and feeding the birds in front of St Paul’s Cathedral, and Mary Poppins even jumps into a sidewalk chalk drawing (although without Jane and Michael).

However, they get up to all sorts of other adventures too. They go to the zoo at night for Mary Poppin’s birthday, where the animals watch the people being fed in cages, and they meet Maia the star, who has come down from the sky to buy Christmas presents for her star sisters, and they visit a woman who – I think – is made out of sweets of some kind, and who gives Jane and Michael’s twin baby siblings (oh yes, by the way – Jane and Michael have twin baby brother and sister) one of her barley-sugar fingers each to suck on. 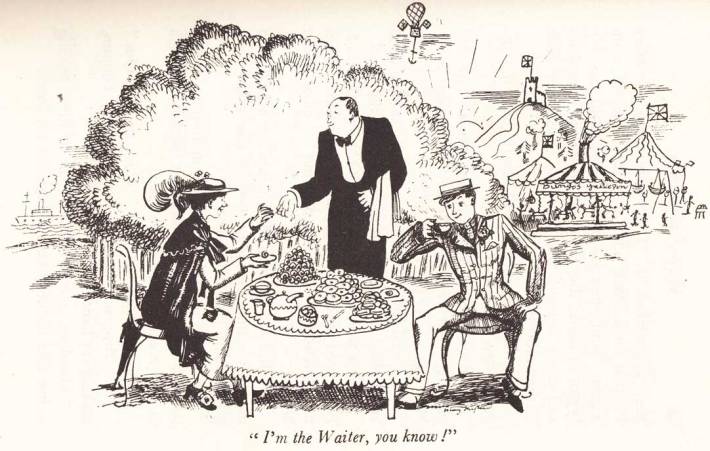 Mary and Bert having afternoon tea inside the chalk drawing

There are so many lovely stories in the book already, that I question why Disney felt they had to invent some for the movie, such as the whole plot of the children going to Mr Bank’s bank and running away, and dancing on chimney pots, and the introduction of  of the word ‘supercalifragilisticexpialidocious’ (and yes, I had to google the spelling of the word). Somehow, almost, these created stories feel more… ordinary than the ones that P.L. Travers wrote about. Perhaps they were almost too magical. Disney wanted a certain tone, and they created plots to fit with this. The movie is still marvellous, but the book is too, in a different sort of way. 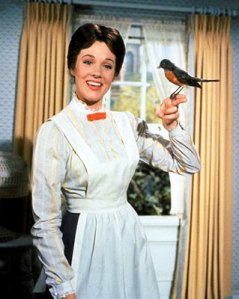 As for comparing Julie Andrew’s Mary Poppins to P.L. Travers’ version – perhaps I am a bit bias from all the watchings and rewatchings of the movie, but I would prefer Julie Andrews, I think, to the book version. The book version never tells the children anything, and it always admiring her reflections in store windows, and being almost a bit rude to the children. Ican’t imagine Julie Andrews ever being rude.

I also can’t imagine the book Mary Poppins singing either – perhaps that was why they changed the character a bit. It would have been terrible if ‘A Spoon Full of Sugar’ or ‘Supercalifragilisticexpialidocious’ were not sung just because Mary Poppins wouldn’t have sung them. They needed to be out in the world.