Fine, I admit it, I bought too many books overseas. Most of them, I also admit, I probably could have bought in Australia – at my local bookshop, even. But I needed something to read on the train!

Imagine being faced with a wall of books – a wall that soars not up to the ceiling, but the ceiling of the second floor. Three floor of books – floors packed with thousands of books. I bought two hardbacks (probably not great for my luggage weight) which are not available in Australia – both sequels to books I really loved and beautifully illustrated covers to boot. By that time, I had been sucked into Terry Pratchett’s Discworld series, and was pleasantly surprised to see every book that Terry Pratchett has published, in chronological order. Just before I left for Europe, I read Ender’s Game (which I have yet to write about – Oops!) and noticed that American Book Centre had about seven or eight books from the Ender series – these are not new releases. These were also in series order. Let me let you, as a former bookseller, keeping books in alphabetical, let alone series order, is tough. (It would be a lot easier without pesky customers moving books around – next time you pick up a book in your local bookstore, put it back where you found it! Your bookseller will thank you for it.) I was really impressed with their ridiculously extensive range and how carefully the store was presented. I don’t read a lot of comics or graphic novels, but I was tempted by the huge selection they had on offer (all – you guessed it! – in numerical order). This bookstore, in summary, was amazing. 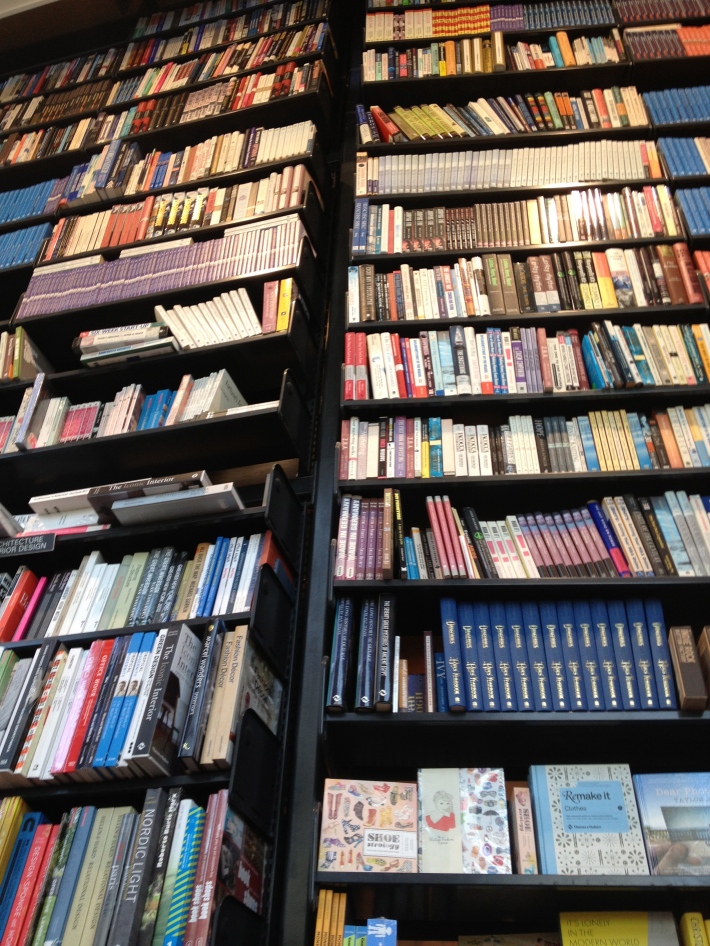 I mentioned this bookshop before, I think. It is housed in the former Paris Department Store, it’s tea salon (‘Bookcafe’) is simply breathtaking. Dripping with gold, cherubs and chandeliers, I couldn’t really hold a conversation with Ben as I was too enamoured with gazing at the ceiling. There was also a pianist tinkling in the background. The rest of the bookstore is art deco, which is also lovely. It is a massive store (it also sells wine, bizarrely enough) and had a decent sized English section. Unfortunately, I wasn’t that happy with with range. I think that their book buyer (at least the English book buyer) has very different taste to me. I managed to find something, though.

Tiny town of Freiburg proved to have a lot of amazing bookstores. None of them were English bookstores, but their German bookstores also had the best English sections. You can read more about Freiburg’s bookstores here. Runner up was definitely Budapest; have a look at this beautifully old fashioned bookshop Ben and I stumbled upon (unfortunately I didn’t get its name): 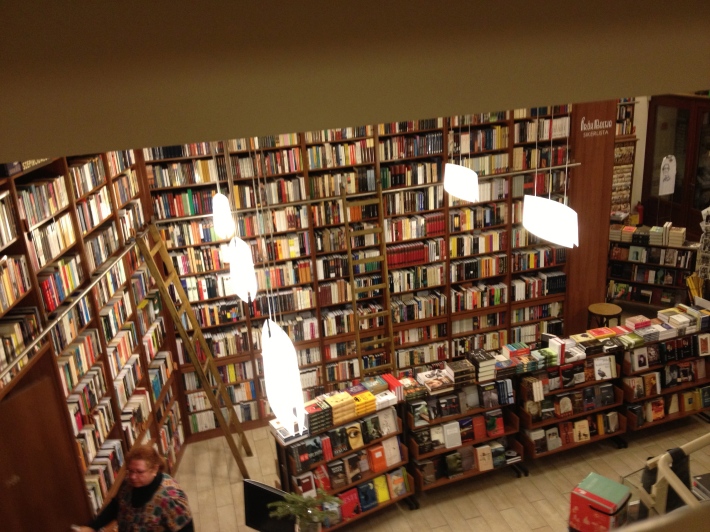 Supposed to be round the corner from our hotel, couldn’t find it. We looked everywhere. The bookshop literally had disappeared. I actually didn’t buy any books in Vienna – they were all closed over Christmas.

– The Globe Bookstore and Cafe, Prague

Now I’m back home, I think, I need to give book buying a rest for a while (at least a week or two!). Back to the library for me.